There is no other city in the world where we can feel closer to a character of The Truman Show than Berlin. The German capital exhales historic moments of the twentieth century and, at each corner, we are invaded by footprints of World War II or the division of Germany.

More overwhelming than that is to feel small whenever we stop to think and realize that the person in front of us certainly has a very personal story to tell. Depending on the age, one may even have lived in the Berlin Wall era and in the epicenter of Nazi Germany. Or might simply have heard stories from parents or grandparents. They don't just read it in books like most of all did.

Berlin is no more than a huge museum where we freely circulate and the Olympic Stadium, removed from the frenzy of the metropolis, manages to have moments in which it creates a time travel enabling us to feel part of that same history.

The subway in the middle of the forest

The Olympic Stadium's station in the Berlin subway is the next-to-last one on the U2 line. It's already on the outskirts of Berlin and, leaving the hustle and bustle of the city, we begin to notice the increasingly deserted carriages. The landscape outside starts to replace the gray of the buildings with the green of the trees.

The feeling seems to grow stronger as we leave the station, which has a small Berlin Metro museum, with the front of a yellow carriage bound for the Olympia-Stadion coming out of a wall.

Indications for the stadium prevent any sense of fear, and as the minutes go by, we begin to see people here and there. But the feeling of being in another age seems to persist. At the top of a small tunnel, we read "Zum Olympia Stadion" (an easily decipherable indication, even for those who have never had German) and imagine what that may be like when the carriages arrive full of fans to the stadium. 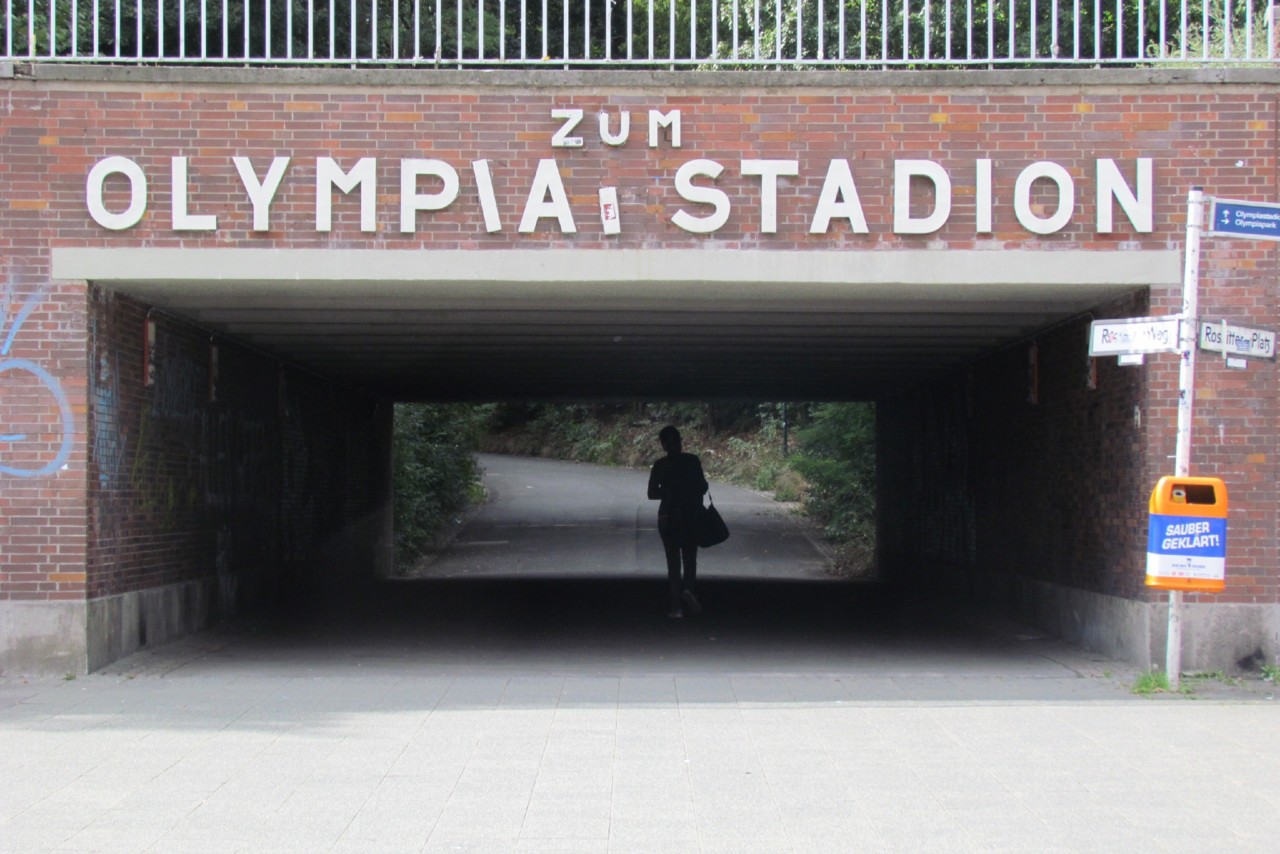 The tunnel leads to a small street that ends in the huge square of the Olympic Stadium. The footprints of the grandeur of Nazi architecture are evident. The stadium may have been remodeled for the World Cup in 2006, but it's not hard to imagine it back in the 1930s, during Hitler's most powerful period in Germany.

From the outside, it still has the classic look and two huge towers are used as a framework for the Olympic rings, which transport us immediately to 1936 and to the Games in which Jesse Owens demystified the notion of Aryan supremacy propagated by the Nazis.

Curiously, it's not the only classic invasion of which we are victims. Close to the box office where we buy tickets to visit the entire Olympic complex, there's an exhibition of classic cars that can impress even those who are not very fond of auto-stuff.

Entering the Olympic Stadium, from the southern side, is pretty much a memory unlocker with every new step we take. Perhaps for being called Olympic Stadium the idea that we keep in mind is the Olympic Games of 1936, but the history of the stadium is much greater.

We may be forgetful of other striking moments but quickly they are unlocked. When the gaudy blue tartan lane in the middle of so much gray stands out, we are immediately transported to the 2009 World Championships in Athletics when Usain Bolt set the men's 100 meters world record, which still holds at 9.58 seconds. 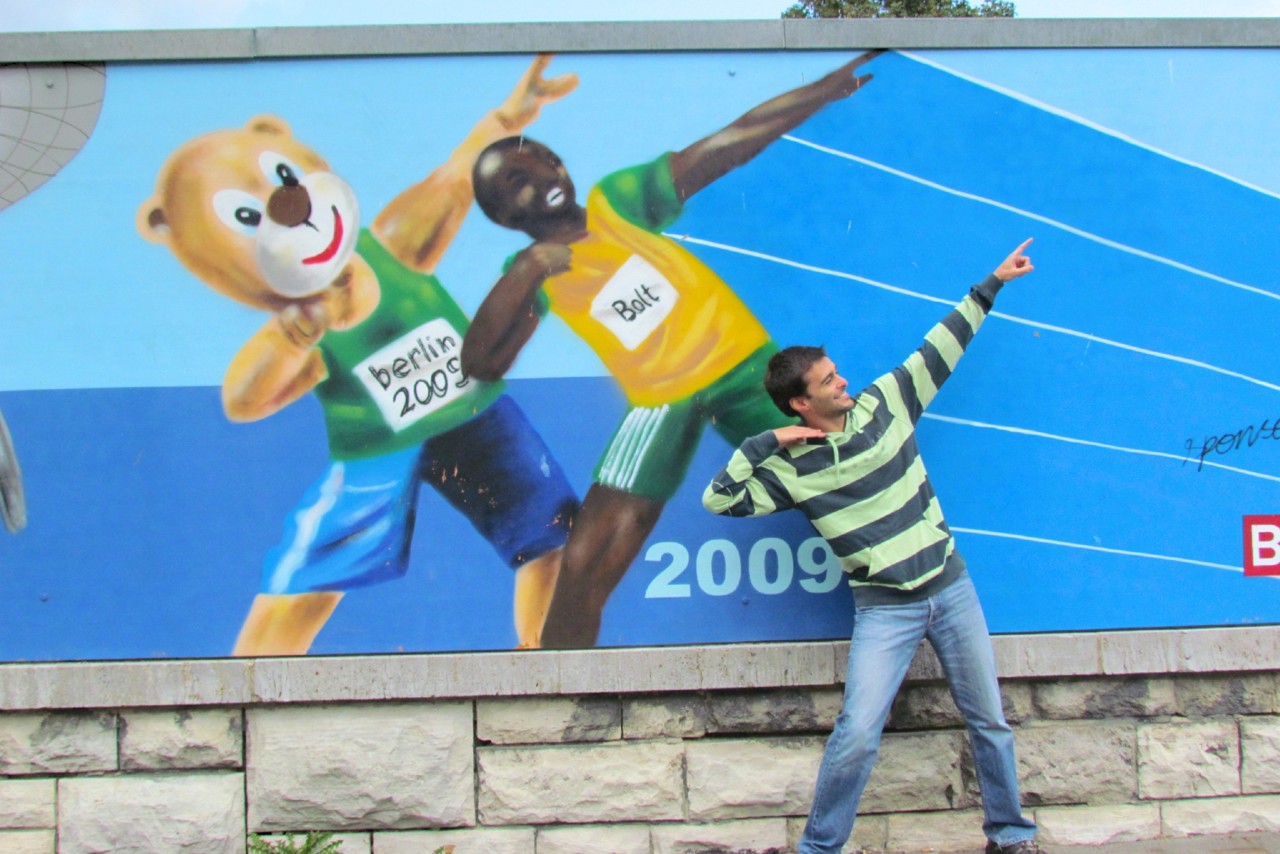 From the blue of the tartan, we moved to the grass green and imagined Materazzi's chest being hit by Zidane's head, not many minutes before Fabio Grosso decided the 2006 World Cup. There's so much history that we feel small.

The Olympic complex is also there to remind us of all the important moments for which the stadium has passed. On a wall outside the stadium, for several meters, there are paintings that mark precisely it. We can not resist taking photos: from Owens and Bolt's sprints to the U2 concert, to the Cannavaro trophy lift in 2006 or to the German celebrations during a women's World Cup match in 2011.

As we move forward, the modern image begins to be replaced by the classical style. As if the beauty had been put up front, hiding the abandoned part to keep it from annoying the visitors.

This is where the swimming and the jumping events took place. The water seems perfect, though, but the stands look like they haven't lived for long, with signs of moss, and quite possibly unchanged since its construction in 1936.

Speaking of 1936, we already know by now that our visit will end at the famous Bell Tower. We still have to walk a lot, although visually it is very close, and we are forced to get around the Maifeld, a huge grass area designed for demonstrations of gymnastics or equestrian events.

Then, finally, the Bell Tower. Throughout Berlin, this is the place where we feel closest to sharing a space with Hitler. The shiver we feel proves it. At that moment, we feel colder than it actually is.

Our footsteps echo inside. On the walls, we see images and read inscriptions about Nazi Germany's era. And we see Hitler with several of his ministers right there, in that space, where we are at that moment. It's intense.

A target of the Allied attacks, the structure is no longer the same as it was in the 1930s. It had to be rebuilt in 1962. The bell is no longer active - it cracked after a fall during a British attack.

Up there, at the top of the tower, the shivers are replaced by a sweeping contemplation of nature. With the Olympic Stadium right in front of us - there is no better place to see it than there - we can see everything around us, including, in the distance, the omnipresent Television Tower, built by the East Germans during the division of Berlin. 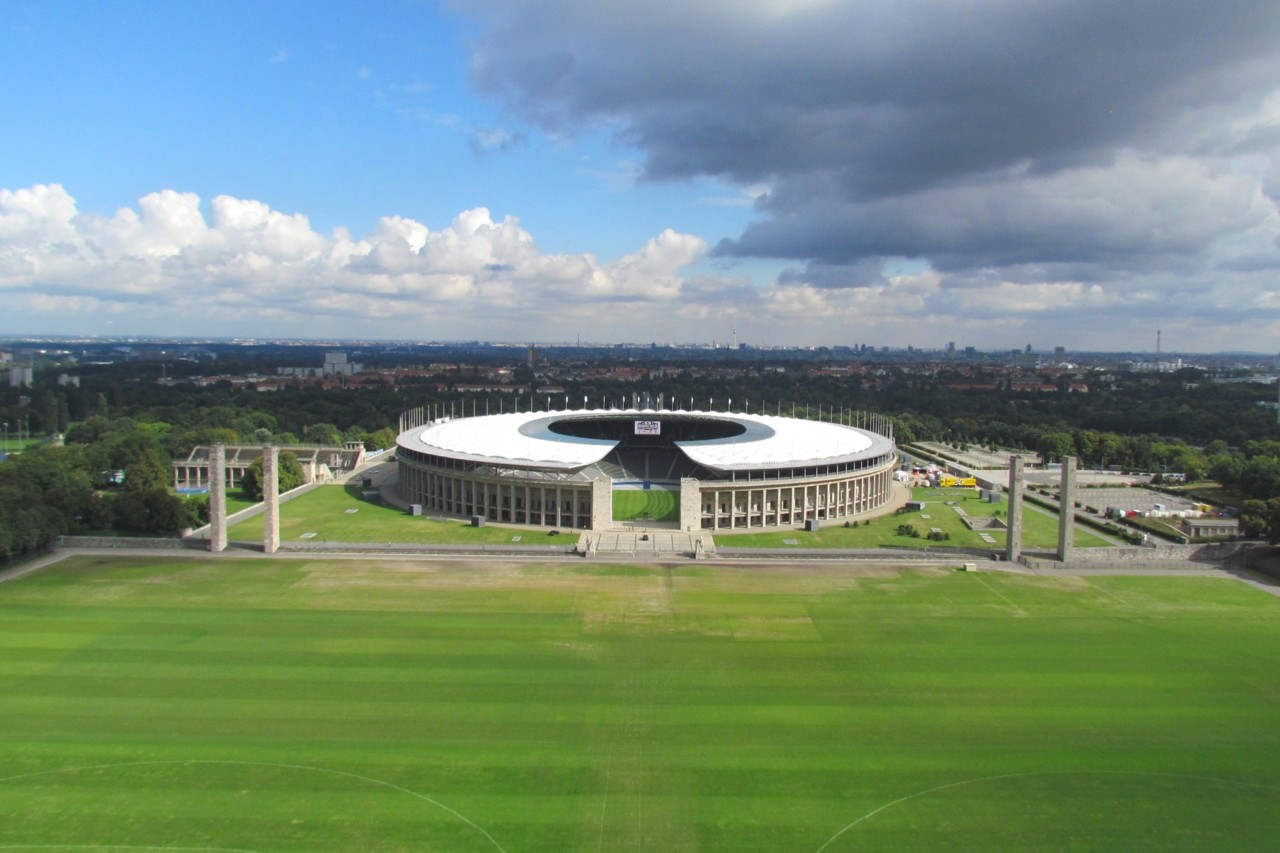 It's the perfect synecdoche to end your visit. There, stepping on the same land that Hitler did, seeing the same stadium in which figures like Jesse Owens, Usain Bolt, Zinedine Zidane or Fabio Grosso made history and with a construction, distant but visible, of a time when Germany was divided.

It's just a small part of the trip to Berlin but it helps us to understand the bigger picture and plant an ever-increasing desire to go back one day. 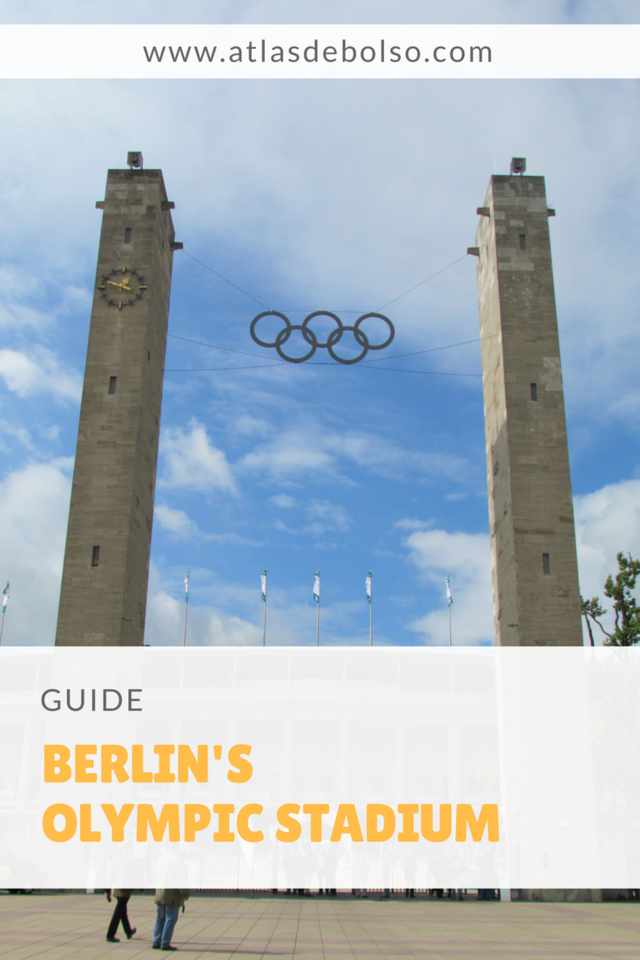