Paris was our first trip, in January 2013 - it was not necessarily because of the cliché, but because Rui did not know it and I did not remember a thing about the city. We found a flight that we thought it was cheap (how things change!) and it happened. Many of our trips just "happen", now that I think about it - that's how I went to China, for example. 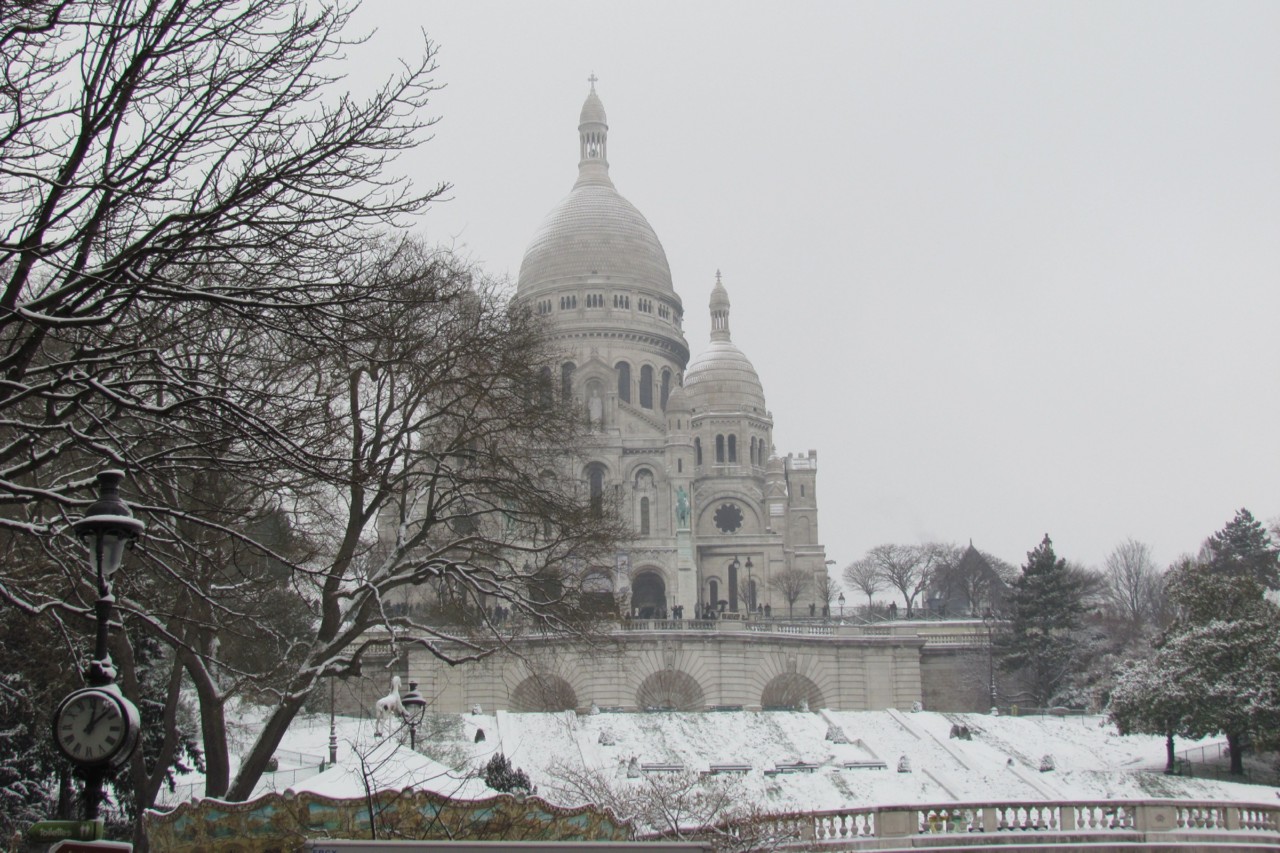 None of us had a huge fascination for the French capital, but we were both curious. With everything set to go, the first big challenge arrived: to book a hotel. At the time (snif) we were unaware of Airbnb and none of us had enough practice to find hotels like we do now. We ended up finding the Hotel Royal Aboukir, on a street not recommended but close to the center and at a reasonable price. Done (the snow eventually chased away the prostitutes who, they say, usually occupy the street - we did not see any).

All I had to do now was start to surrender to my OCD and plan everything to exhaustion. Yes, there are those people who don't like to plan, those who like to have a general idea so that they are not completely lost and me, with a million Excel sheets with everything there is to know about attractions, prices and schedules of things, maps with thousands of restaurants "saved" and a table with the places I want to visit, and how everything fits in with everything. If at the last minute we want to change anything, we just do it. But I have the option of not thinking. Don't judge.

Obviously, the must-see places were not missing: the Notre Dame Cathedral, the Louvre, the Eiffel Tower, the Sacré Coeur, were all in my plan - and I recommend them to everyone except the Eiffel Tower because ... #afraidofheights. But what is really worth it is to make a plan that has space to discover other things, such as the Memorial de La Shoah, that left us heartbroken.

Today, of course, I would make a different trip, without the Louvre and less of the "big" ones... but it was worth for the first experience (of course, now we would also know that everything is closed on Sundays and it's not a good idea to plan amazing big walks in the cold, without shops where you can warm up). We learned a lot of what we liked and didn't like, and it was the first great evidence that there is no "one size fits all" when it comes to travel: do not ask me to visit art museum after art museum, for example; but make me walk for an hour or two along the Seine.