Watching the rugby's giants in Cardiff

"One day I'm going to see a Wales' game at the Millennium Stadium."

When I wrote this post on Facebook on October 1, 2012, I was far from knowing what the future had in store for me. Yes, I already knew Rui but we had never traveled together. Our first travel, to Paris, in January 2013 was not yet part of the plans and none of us knew that we would become obsessed not only with travel but also with sports, while doing it.

All of this makes it even more curious that on October 1, 2015, exactly three years later, the dream I had revealed with a simple phrase would materialize: see the Welsh rugby team playing at home, the most iconic one, in Cardiff. 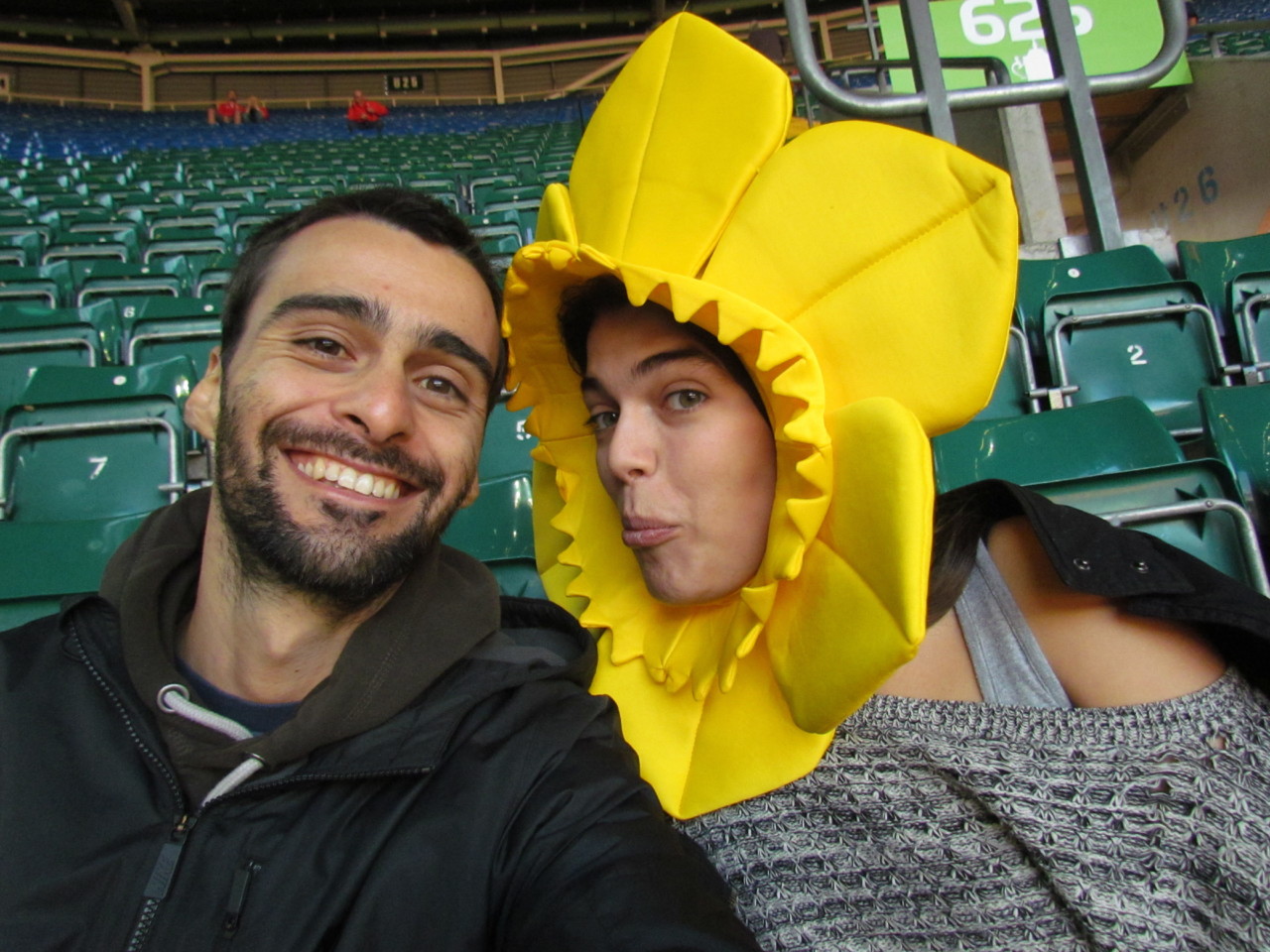 I could tell you that everything was easy: we got on a plane to London, got on the bus and bought tickets to a game in Wales. But the truth is that it was nothing like that. The story began in early 2014 when we decided that we would like to watch some of the World Cup matches that took place the following year in the United Kingdom.

And if the first step was taken and the decision made, all the hardest parts were yet to come: look at the calendar, see what games we wanted and could watch, how we would get there, what would be the necessary number days of work to do it...? I, of course, wanted to see Wales. At Millennium, if possible. And I'd also be delighted if I saw the All Blacks - if that wasn't asking for much.

Since the planning gods like us, they scheduled two games on 1 and 2 October in Cardiff: Wales-Fiji and New Zealand-Georgia. It was decided, now we had to wait... for the ticket purchase in September 2014 (yes, more than a year before), and see if we could have a lucky star on our side once again.

In September we made the bid for both games in category D (the cheapest) and a month later we received the results: we did not have tickets to the Wales game. Yes, we were going to Cardiff, and yes, we were going to see the best team in the world, but my dream was not going to be fulfilled. 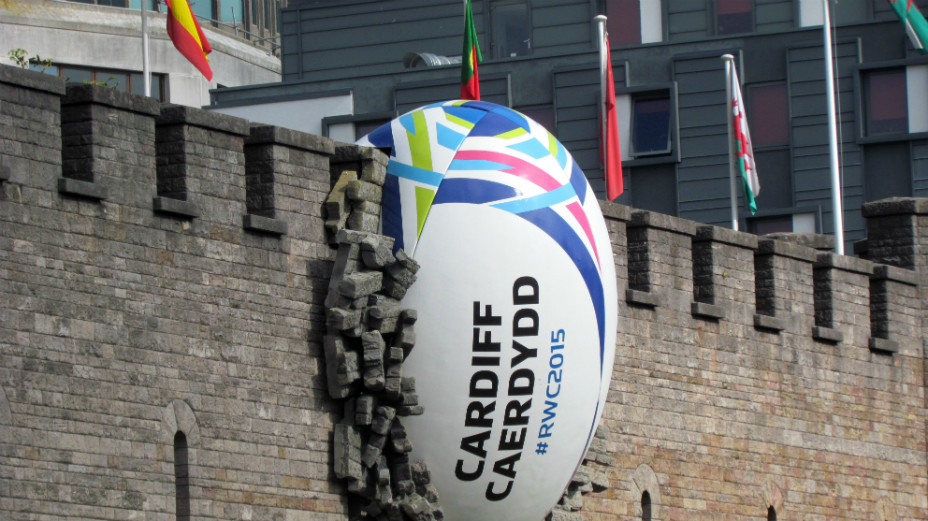 Surely, because you have a bit of Sherlock Holmes in you, you realize that we didn't give up. The general sale to the public opened a month later - I could write an entire post about the process of ticket selling for the Rugby World Cup, which we repeated to Japan-2019, but now is not the time - and there were tickets for Wales-Fiji available. In category C, much more expensive than our choice of "let's spend as little as possible". But there were tickets. And we were already going to be there... And how many chances do we have to see Wales at Millennium? OK, so be it. We bought the tickets. On November 26, 2014, it was confirmed that ten months and a few days later we would be in Cardiff.

The challenges just kept coming. Now it was the journey itself. How would we get to Cardiff? Where would we stay? Surely, in the three or four weeks that a World Cup lasts, the host cities are turned upside down. Planning ahead - way ahead - was key. After seeing all our options, we opted to fly to London and get a bus to Cardiff.

There, we would stay one night - from September 30th to October 1st - and after Wales' game we would go to Swansea for the next night (why? Because we were able to book a room for £39 in Cardiff for the first night but the cheaper ones for day 1 started at £300). The third night would be spent between a hotel lobby where we could get tea and the bus back to London, which left at 4 in the morning.

We had everything ready. All we had left to do was wait for the day to come. It was all going to be okay - and it was (or would be if there had not been a car burning on the freeway in the middle of England that turned a three-and-a-half-hour trip into a seven-hour torture. With no food).

Cardiff did not disappoint. There is something special about a city that hosts a great sporting competition: I had noticed it in Berlin in 2006, but that was a huge European capital. Cardiff is a city that takes you less than two hours to walk from one side to the other. There was rugby everywhere; to say that the environment was festive is the understatement of the year.

The supporters of the teams playing those days joined thousands of people who got tickets and made long trips to get to the Millennium. John was one of them: he sat by our side during Wales-Fiji and when he realized we were tourists, he could not help himself but talk to us. "Why Wales?", was the question asked. I explained my love, and we took the time to learn a bit more about the Englishman who was there - like so many others - to support Fiji. He had arrived in Cardiff by taxi from London in the afternoon and would leave soon after the game. Why? "I got a ticket and, after all, it's better to come and go by taxi than to pay a lot to get the train at unfriendly hours. It was a workday." 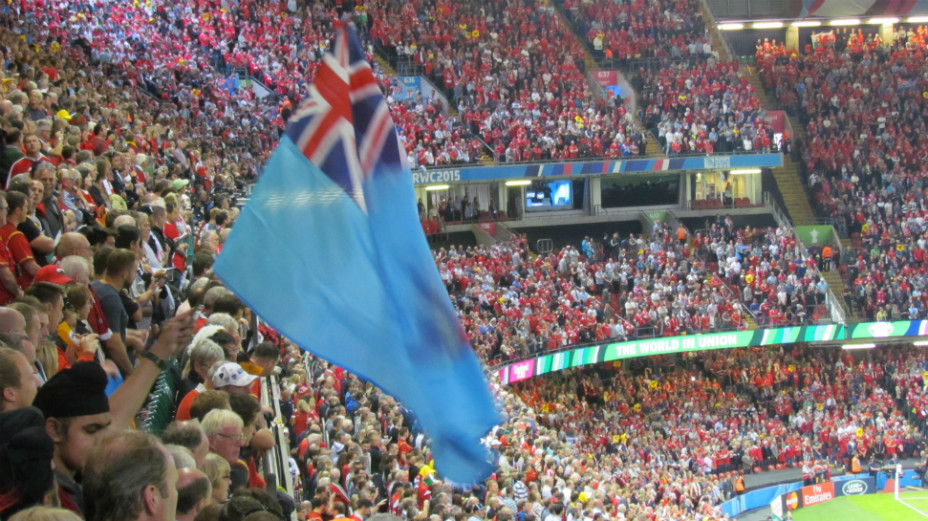 For those of us, foreigners, who stayed in the area, Swansea was a popular choice: we were not the only ones waiting in line to the neighboring town and walk a few minutes from the station to downtown hotels. And if Swansea is not my favorite destination, I can not say that the way back to Cardiff the next day, in broad daylight, was not a treat to the eye.

Being in a World Cup (of any sport, probably) is a unique experience. For me, it was, beyond everything else, a dream come true: I had seen Wales playing at the Millennium. But now I can't stop. Next plan, Japan-2019.

Flight (round trip, per person): 75 euros (for London, Ryanair) 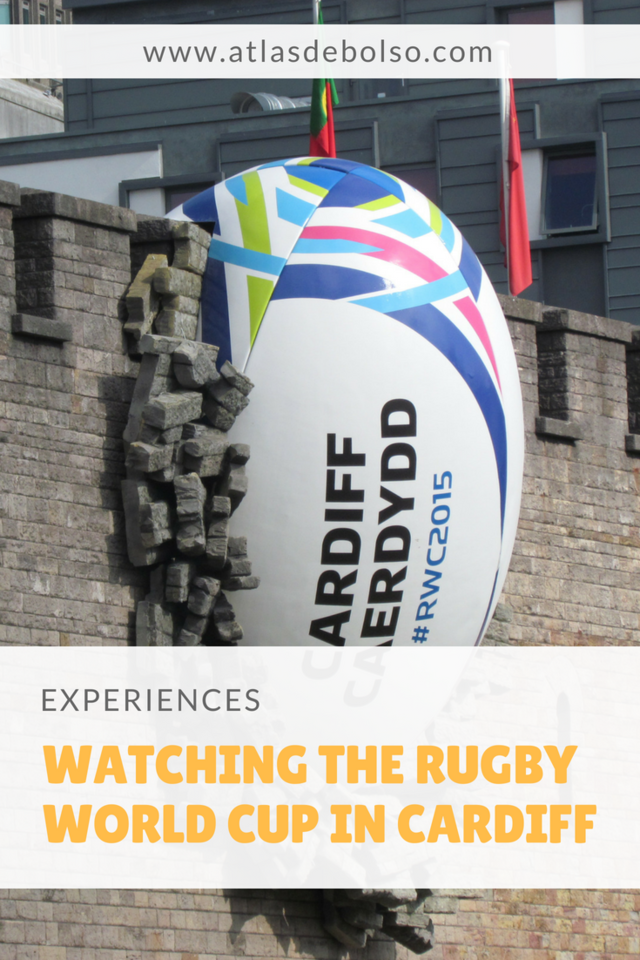